*POSTPONED* – A Shot in the Dark 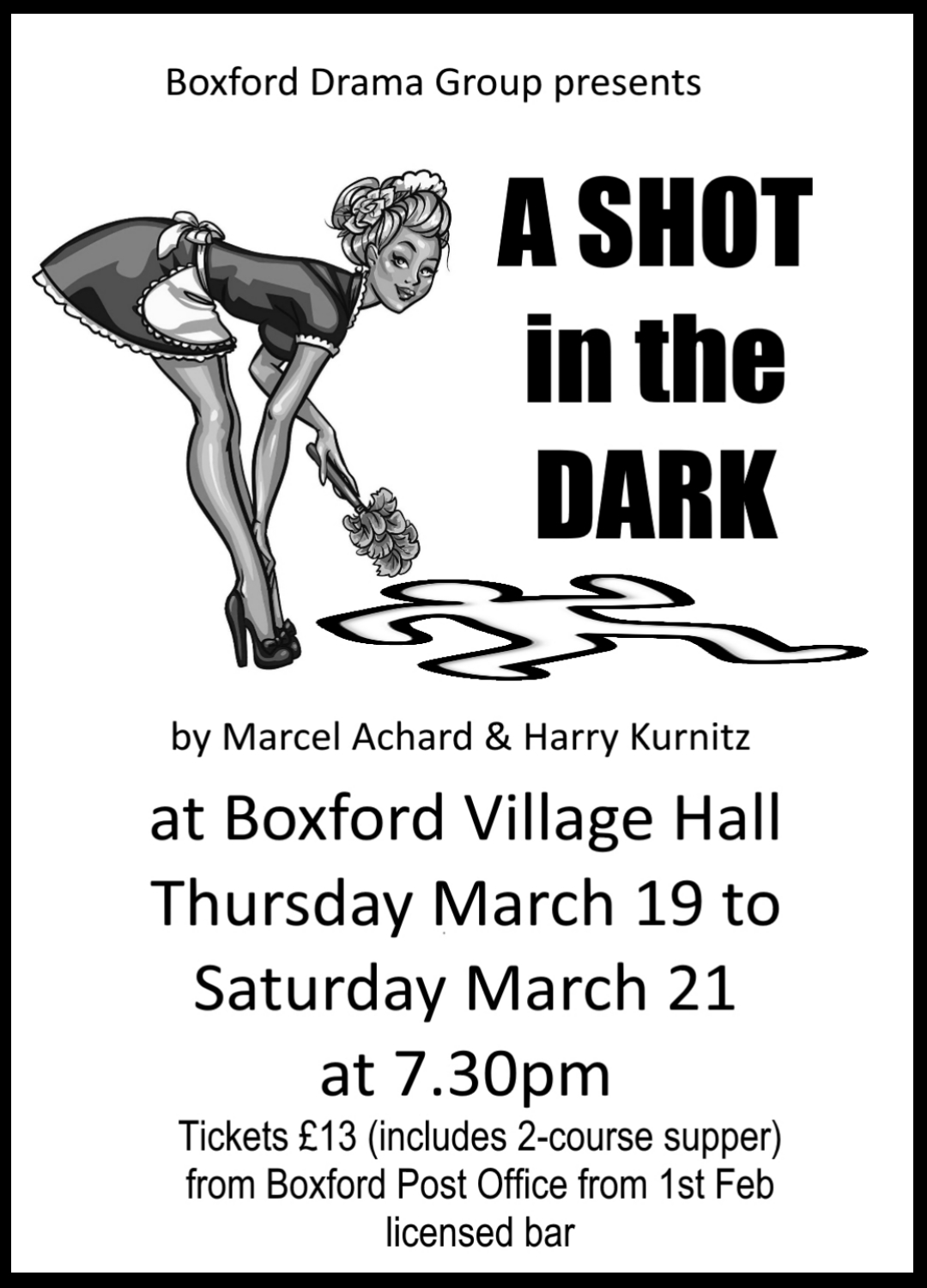 Adapted from Marcel Archard’s 1960 French play L’idiot by Harry Kurnitz and retitled A Shot in the Dark for American audiences, it was transformed into the hilarious 1964 film version featuring Peter Sellers as the bumbling Inspector Clouseau.

There is an open-and-shut case that needs closing.
The chauffeur to a wealthy French banker has been shot dead in the room of parlour maid Josefa, and she was found lying unconscious on the floor in a considerable state of undress, the incriminating gun in her hand. The Chief Prosecutor issues an order – get the girl to confess and cart her off to jail. But the ensuing investigation is turned upside down and inside out as Josefa’s aristocratic employer’s naughty secret is revealed, while his wife (descended from Attila the Hun) tries to cover up her own saucy surprise.

Tickets cost £13 and include a 2-course supper, and will be available from Boxford Post Office from 1st February.